I bought this back in February, have been working on ever since, chances are it won’t be ready for another year to year and a half.

Overall in decent condition, had some rust issues, previous owner(s) had used waxoil to stop corrosion, so my first job was to take apart all suspension parts and subframes, remove rust from chassis, spray electrox, epoxy mastic and Shultz in the wheel arches. I’ve also had the suspension parts sandblasted, galvanised and then covered with epoxy mastic.

Currently I’m working on the front of the car, but I’ve got a move from England to Scotland so the car project may be delayed.

I’ve already invested in a set of BC racing coilovers, a full set of 3SX bushings for all subframes and suspensions, front and rear thicker ARB from 3SX, custom made strut-bars, an AWS delete kit, rear camber arms, and I intend to do a full restoration of the brakes, wheels, wheelhubs, brakelines, vacuum lines, fuel, lines, FMIC and oil cooler. Might also need a new exhaust, and might need a gearbox rebuild with new synchros.

The mid section of the chassis needs cleaning up with the polycarb disk to remove rubber, paint and rust, and I think I’ll paint the entire car as well in the summer if I have the time.

I’ve also done the fuel tank (sandblasted, epoxy coated), the car came with a Denso fuel pump, which I’ll have to hot wire, and I’ve removed all vacuum lines, vapour filter, fuel filter, all brake lines, fuel lines, turbos and exhaust. Ideally I’d like a custom exhaust but that’s planned for next year. I have to make new brake hard lines using NiCopper lines, and I think I’ll replace the fuel lines with AN8 braided SS.

I’ve already done all ball joints and steering rack inner joints, I’ve got both front new wheel hubs, removed all ABS sensors and cables, and plan to do a conversion to non-ABS (the ABS modulator was really heavy and rusty), as well as a vacuum reduction.

Basically, the goal is to have a serious weight reduction regime (including CF bonnet, prop-shaft and maybe CF seats and Polycarbonate Windows), I’ve already removed the front aero and the AWS pump, lines and thingiebobs, AC lines, AC condenser, compressor and side mounted intercoolers.

This has been a dream car of mine since I was 18 and now that I’ve got her, I don’t plan on letting go of her, but I am also aware this will be a long and hard road ahead of me.

Here’s a picture of her before I bought her, I’d love to find out if someone here on the forum knows the car, I promise I’ve got no hard feelings with the guy who sold it to me 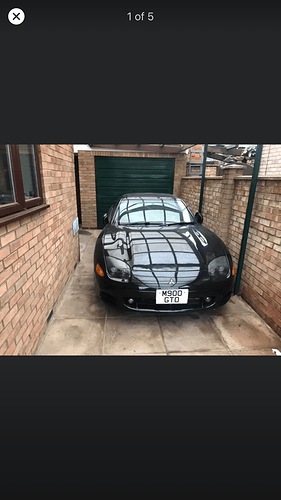 Good work! Get some photos of the process

Wow lots of work there, good luck and welcome to GTOUK !

There’s about 700 pictures, I’ve been taking lots at every step, just to make sure I can figure out what goes where when the time comes! I’ve also got a few videos.

Here’s a few of what I’ve dealt with so far (COVID allowed me to take time off to do most of that):

The way I see it, depending on money, free time, garage size and other unforeseen events, I’ll do:

At that point, I’ll have to put everything back on, including a new FMIC (the OEM ones were beyond use), a new oil cooler, and redo the engine bay. When all that is done, I should be able to drive it. I suspect all the above is going to take me another year, to year and a half. I’d like to drive the car and learn what it’s capable of at some point.

In the longer term, I’d like to change valve lifters, regrind cam shafts, change timing belt, swap turbos, fabricate headers, and maybe redo the exhaust (parts of it are badly rusted and may need to be done sooner).

In the longest term (no rush here at all) I’d like to rebuild the motor and forge it, and try to push for as many horsies I can get out of it. Oh and maybe get a dog/sequential gearbox. The car will be only for fun (weekends, tracik/circuit, maybe some amateur competition).

Here’s some random pics for ya. 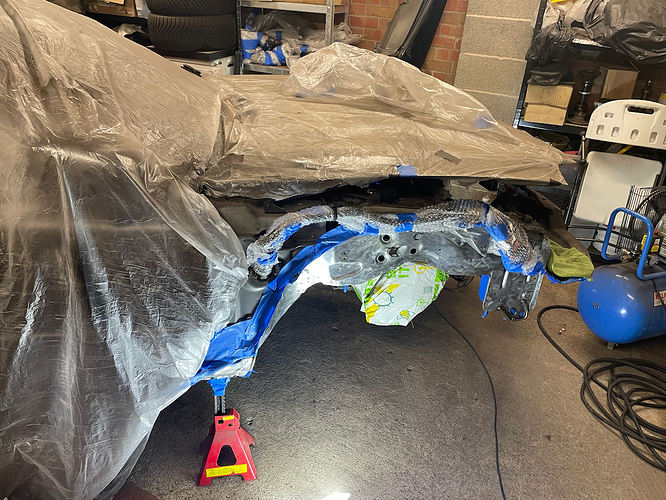 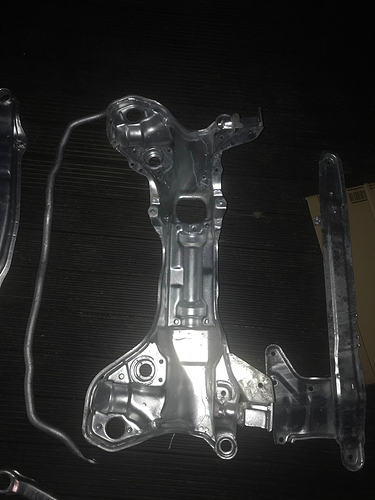 PS: forum only letting me upload two images at a time. Will have to sort through and find some nice ones. 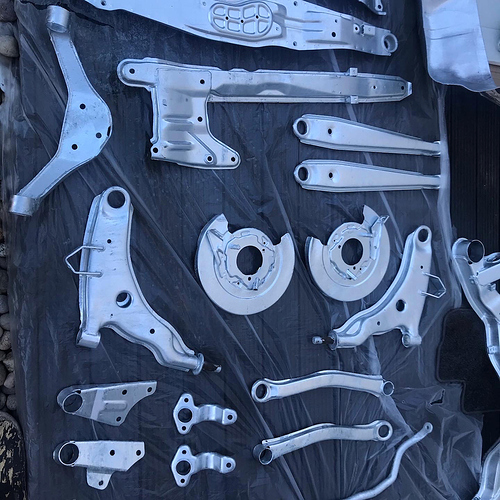 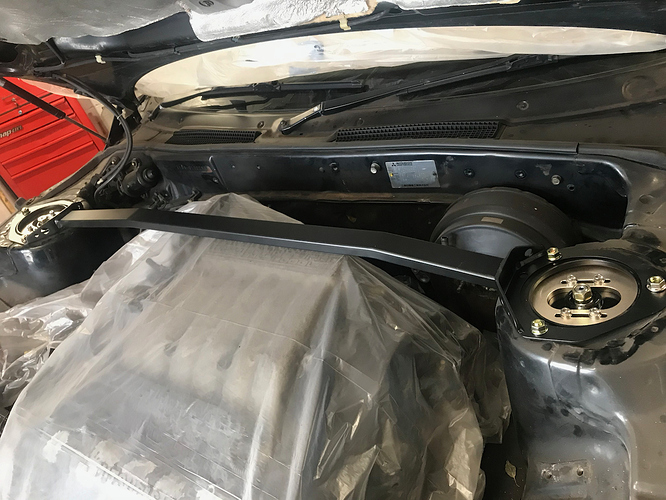 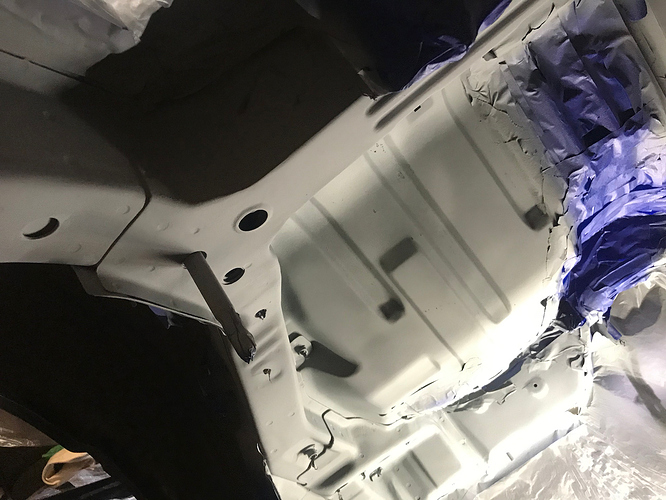 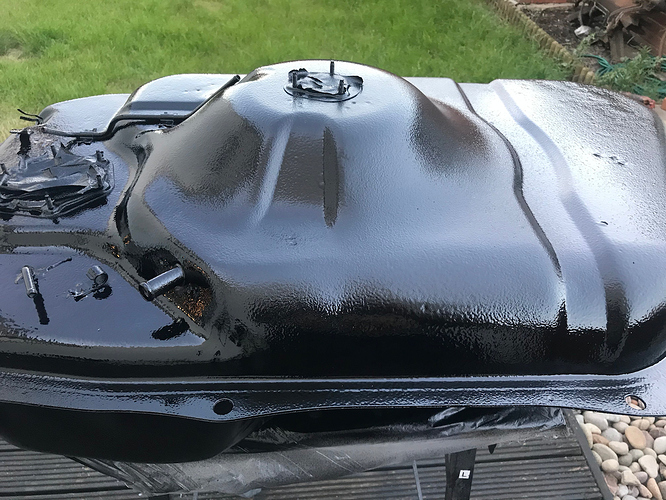 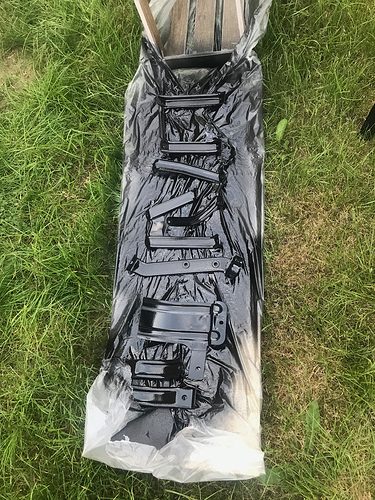