My first car, a GTO

I have bought my first car, a 1991 N/A GTO. Some of you may think that this is a silly idea for a 15 year old to own a GTO, but I really like the car and couldn’t care less. I picked this one up for £260, she was in a bad way, having been in a field. The interior had tonnes of rubbish in it. The drivers side window had been open so the drivers side was flooded. She had FTO wheels fitted which meant the front brake calipers didn’t fit on, but ironically this was kind of lucky as she wouldn’t of fit on the trailer otherwise, as she is rather wide. We have fitted another set of 16 inch wheels on her, which had air in them, so we could roll her onto the drive. The engine is not connected properly. But I think over time she will be a beauty. My first question is there is a wire from the ignition barrel to the centre console, but it is not connected to anything at the centre console end. I’ve started reconnecting wires so we can put the centre console back in, and it is a mess. I was hoping some kind people on here would be willing to tell me more about all of the wires and where they go. There is also what looks like an ecu dangling on the floor underneath the steering rack. We think it might have something to do with the ABS system? I was wondering where it may go and what it might be. 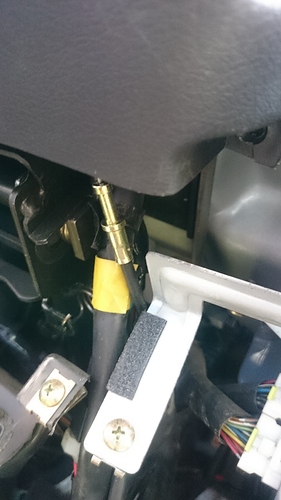 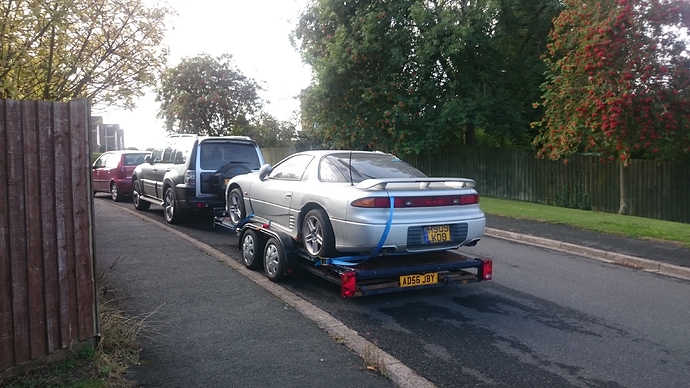 you need to have a quick look in the shop and the Manual it has both a mechanical and electrical manual that will help you work out what is connected and what is missing.

You must be brave. Welcome and good luck.

Welcome Joe, 15 years old you say, well by the time you are able to drive it you will be an expert

Good luck with it, a good colour too

Thank you Simon (3000gt), I managed to source some digital copies of the service manuals off of the internet. I’ve now been having a good look in there to see how to do things.
Brave or just plain stupid

spiros.
Ahh yes, I hope so Terry (just_cool). Was hoping she would be on the road a little sooner than that and my dad can drive her and take her to some of the club meets and shows.
A little more information might help identify it, GSXRKID. The 2nd to previous owner was a lady called Kaz, whom we are going to see and pick up the interior for the car later this week. They run the reptile shop in March. The previous owner had been given the car as payment for some work he had done, he had only owned the car for about a month. We believe that the car used to be an automatic as the brake pedal is the larger one which looks like it has come from an automatic, it also has a bundle of wires that goes to a socket on the center console or the gear select stick on an automatic. there was also a cable from the ignition barrel that went to the gear select stick on an automatic. I could be wrong, as we have no history of the car, no V5 (but hopefully we will be getting that with the interior) and the registration plate doesn’t come up on the DVLA registration check website.
Regards Joe,

UPDATE: She definitely used to be an automatic, we looked the chassis number up and it said automatic. So at some point in its life it must have had a manual conversion done.
Regards Joe,

Oh yes remember he got his license back when he got back to the UK !!!..

Welcome to the club mate. As long as the manual conversion has been done well then it wont make any real difference from having a proper manual. But I would change the brake pedal for a manual one. They are smaller for a reason.

Well, managed to sort out the wiring mess under the steering wheel. Turns out one of the previous owners had fitted an aftermarket alarm and needed to solder some of the leads to ones under the steering column. So we just removed the alarm system for the time being to make it that little bit easier to know what’s going on inside the car, when we start it up.
Regards Joe,

I was wondering, as I’m going to a breakers today, if the mk 1 window glass is the same as a mk 2?
Thanks for the help.
Regards Joe,

I believe they are the same. From what I have read before I think the tint is slightly different from GTO’s to 3000GT’s but are still interchangeable. But mk1 and mk2 should be the same. Don’t take my word for it though as it is second hand info!

Does anyone have any clue where this connector goes to? It comes off of the postive terminal on the battery, and diagrams show it goes somehwere under the battery tray, but it doesn’t say where, or what too. Any help would be valued greatly. 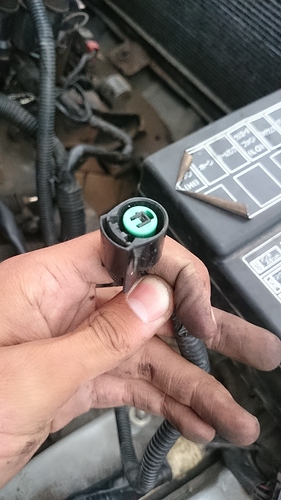 Is that just a single terminal? If so from the positive terminal of the battery with something that chunky I would say you are looking at something big like the alternator or starter motor. I am just guessing here but I would start looking there.

We kind of left the whole wiring stuff for a while, but I think we have it figured out, just a matter of getting round to doing it. THe engine hoist we ordered arrived yesterday, so hopefully we can take the engine out soon. We also picked up the interior for the car, which only consisted of the four seats, so if anyone has any of these… lying around for a cheap price, I’d gladly take them off your hands

Here’s some pics from yesterday: 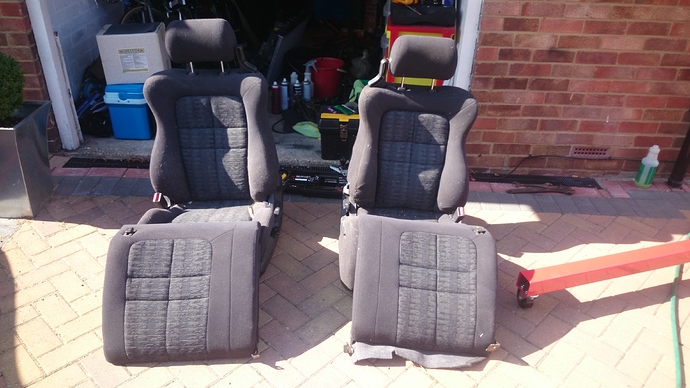 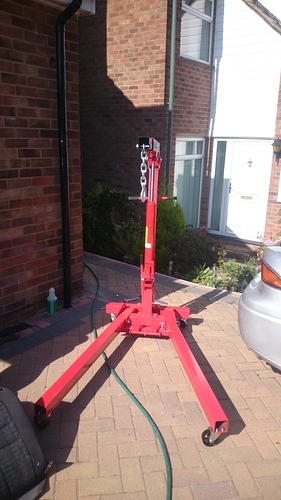 I have a few of these parts going. Gimme a shout.

I have rear speaker meshes, parcel shelf and four original 16" wheels. I think the tyres are ok too. If you want the wheels I will throw in the ps and speaker grills.

How much do you want for the lot?